The Friends of the Children’s Justice Center of Maui (FCJC) is a private, non-profit corporation, founded in 1989 by a non-partisan group of community and business leaders concerned with the social welfare of children and families who have been traumatized by abuse and severe neglect.

In the past year the FCJC has:
• Provided funding for direct services to more than 900 children
• Delivered over 2,000 children’s Christmas gifts
• Distributed our annual 20-page prevention newspaper supplement to more than 24,000 households
• Informed 3,000 readers through two newsletter publications
• Reached 8,000 children and parents through community events
• Educated 500 new parents through Shaken Baby DVD distribution

We receive no Federal, State or County funding. Our funding comes from the Bradley and Victoria Geist Foundation, the Teresa Hughes Trust, Hyundai Championship Golf Tournament and companies and individuals through several fundraisers during the year. And we do all of this with one paid staff person and many dedicated volunteers. We invite you to learn more about us and to help us through a tax deductible donation.

To provide assistance to abused and neglected children in Maui County.
We do this by receiving requests from over 25 social services agencies and other professions for services or items that will help with the healing of the child. These services could be for education or tutoring, counseling, medical, transportation, social activities, sports activities, after-school programs, self-esteem issues, school needs and everything in between.

Promote prevention of child abuse and neglect.
We accomplish this task by creating and distributing a 20-page supplement in the Maui News about child abuse and neglect prevention; by producing and distributing DVD’s on “Mandated Reporting” and “Shaken Baby Syndrome”; by participating in several community-wide forums such as “Keiki Fest”; by distributing two newsletters annually; and by participating in the 2009 PREVENT Institute, the Ho’oikaika Partners prevention committee, the Hanai Coalition for foster children and the Hawaii Childrens Trust Fund Prevention Campaign.

To support the Children’s Justice Center of Maui.
The CJC is part of the State Judiciary, and is the safe and nurturing facility where suspected victims of child sexual abuse and extreme physical abuse are brought for an interview and possible forensic examination. We provide funds for training of the police and social workers who are involved in those interviews; snacks for the children being interviewed; snacks for the meeting participants; stuffed toys for the children; and support supplies for the office.

The Friends of the Children’s Justice Center Board of Directors is group of volunteers made up of Maui community and business leaders.

Mahalo for their efforts and hard work. 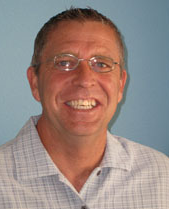 Paul as been involved working with and for non-profits since the 80’s and his passion has and always will be reaching out to those in need. After moving to Maui in 2001, Paul was asked to join the Board of the Friends of the Children’s Justice Center. Having been subjected to violence and abuse as a child, he was more than happy to say yes. Little did Paul know at that time that he would be joining one of the best Boards on Maui, and one that would change his life.

Paul volunteered for years with the Boston St. Francis Homeless Shelter’s STEP program helping to transition homeless people into housing, recovery programs and employment – even employing some of them himself. Upon selling his business in Boston he was fortunate enough to be able to travel around the U.S. being instrumental in putting on major AIDS walks, a half marathon for Police Officers killed in the line of duty in Boston, among many other events.

He also worked with Maui Aids as their event coordinator and played a key role for all the logistics and donations to put together a five island bike ride that helped raise much needed funds to assist the people infected and affected by AIDS here on the Islands. Paul believes that all the knowledge and experience that he has gained can only be an asset to the Friends in his new position.

When Paul had to temporally leave Maui due to having to care for an ill relative on the mainland, the first thing he did was join a Board (Olive Crest) whose mission was pretty much the same as the Friends.

Upon Paul’s return to Maui in 2008, and while working in the retail jewelry arena, he was honored when asked to rejoin the Friends Board. Being given the position of Executive Director is the perfect opportunity for him to continue to reach out to children in need in Maui County.

Paul is a firm believer that in life you need to give to be able to receive. “Rosemary Blair built us a foundation, Randy Echito built the home and now I have the privilege to build the addition as the agency continues to grow. I am looking forward to carrying on the amazing legacy Randy has created and continue to place the safety and welfare of the children of Maui County as my first priority”, said Tonnessen.

Due to the recent changes in the State of Hawaii's  chapter 350 law surrounding mandated reporting laws for child abuse and or neglect, the Friends of the Children's Justice Center of Maui is proud to announce the release of our 2014 Mandated Reporting film.   View the details regarding the new law in the Mandated Reporting Law Brochure.

Mahalo to the Livaudais and their team of volunteers for the amazing gourmet auction dinner they donated and prepared for the Haynes Family. Also, to emmy award winner musician George Kahumoku sharing his musical talent with the guests. A special mahalo to Manako, Owen and Kaua for volunteering as waiters for the event. ... See MoreSee Less
View on Facebook
· Share

Mahalo to one of our newest Board Member Dennis Ducatt (First Hawaiian Bank) officially sworn in today. The Friends are grateful for his generosity in sharing his time, talent and expertise to assist us in the healing process for the children of abuse and neglect in Maui County. ... See MoreSee Less
View on Facebook
· Share

Thirty-two years ago, a Maui County judge recognized a tragic gap in the children’s justice system. While the court could prosecute people who abused or neglected kids, it didn’t have the means to...
View on Facebook
· Share